For the last two decades or so, ‘copywriters’ have been stealthily replaced by ‘content managers.’ Should we be worried?

The Good Old Days. Simpler times. A pint cost under a fiver, children frolicked safely in the great outdoors, and what we now call everything from ‘the creative industries’ to ‘marketing communications’ was just plain old advertising. Back in these good old days, the creative side of advertising was dominated by two-man teams of copywriters and art directors, each with straightforward roles: art directors did art direction, copywriters did copywriting. Pictures, words: easy.

Or so I think. I’m 27. I have no idea about the good old days. I’m making it all up based on a half-finished Bill Bernbach biography, three episodes of Mad Men and a conversation with a disgruntled ex-copywriter at a christmas do. This particular writer got into the field (advertising, marketing, design, digital, branding, creative: delete as appropriate) post-2010, only to find that there are no longer such straightforward rules. On any given working day, I’m more likely to run into external comms executives, graphic designers, digital illustrators, UX specialists, SEO consultants or content managers than other copywriters.

As we all know, content is king. It has been reigning ever since digital became the favourite wife in the industry harem of marketing platforms (TV still gets taken out to dinner, print’s lucky to get a christmas card…), but this shift has changed the landscape drastically. Writers scrolling through job sites on the lookout for advertising and marketing roles are much more likely to see titles with ‘content’ in front of them than ever before.

This is a sea-change that has rubbed a lot of people up the wrong way. Dave Trott, ex-copywriter, creative guru and enfant terrible of the industry, blogged recently:

“Content is seen as just stuff. The stuff that goes into the space that’s there to be filled… And there is my problem with the word “content.” The content is now just something to fill up space. The delivery systems are what’s important…”

He’s not alone. There’s been a whole slew of articles in the past few years bemoaning the lack of creativity in the industry’s wordy quarter. Sanam Petri, Creative Director at Wieden + Kennedy, wrote about the state of young writers in 2012: “[their] writing is cliched and predictable, a mimicking of the drivel absorbed from years of sitting in front of TVs and radios.” Another article (with the headline: ‘Copywriting is dead?’) places the blame on artless clients and the agencies kowtowing to them: “you also have clients that wonder why their key buzzword or some bureaucratic anomaly is not included in the campaign. Account managers capitulate.”

The state of modern copywriting

All of these concerns, and their root causes, were explored last year in a national discussion hosted by the DMA. The centrepiece of that debate, the film above, pits the copywriting old guard against young upstarts. It’s an interesting watch, with the veterans coming across as impressive but out-of-touch and the newbies keen but clumsy, but the most intriguing section centres around the industry’s shift to digital and social media platforms. The older writers are universally dismissive – “Social media? I don’t know; I don’t have anything to do with it. I’ve no clue at all. There is hardly any writing in it, is there? – while the younger generation are much more enthusiastic. As one participant gushes: “I’m actually having conversations with real people! Which is super exciting! And I love it!”

Perhaps unsurprisingly, it is younger writers who have taken much more readily to writing for digital spaces. They are the driving force behind the new glut of content roles, catering to a relatively new demand for marketing writing that looks a lot more like journalism and a lot less like advertising copy.

Herein lies the crux of the “copy vs. content” issue. I think both terms ultimately mean the same thing – it’s all just words, really – but each should be applied in different contexts. ‘Content’ is exactly the right term for the stuff that fills websites, apps, social media posts, downloadable brochures, blog articles, online featurettes and so on; they need to be filled with engaging writing, but don’t need to elicit a response other than to be read. Copy however has a purpose. It’s there to persuade; to coax, cajole and convince; to impel and to influence; to ultimately make people do something. Sure, there are overlaps – call to actions on webpages for example – but the overarching theme is obvious: content tells, copy sells.

The writing on the walls

In a world where advertising and editorial are already beginning to blur, it’s more important than ever to make this distinction. It may sound simple on (digital) paper – copywriters write copy, content managers manage content – but there’s plenty of evidence, anecdotal and otherwise, that there is already a huge overlap. People hired as copywriters are writing content and vice versa, but the distinction between the two is not well recognised. Unfortunately, some clients (and disappointingly, some agencies) assume, just because someone has the word “writer” in their title, they should be able to do it all. But, as one of the speakers in the video says, “just because I can drive doesn’t mean I think I can win the Formula One.”

For the most part however, writers are adaptable folk, with the vast majority relishing the option of writing for different mediums. After all, variety is the spice of (writing) life, and being able to switch between the two streams is an increasingly marketable skill. Particularly for employers looking for less of a jack, and more of a master, of all trades. However, as advertising and marketing mutates as the 21st century stretches on, a writer’s ability to figure out whether a project is really a content or a copy brief may well become the most important skill of all.

Over to John…. This weeks Spark instalment comes from (drum roll please) the one and only John Atkinson. John’s giving us his insight...

Recipe for a successful pitch

Our very own Business Development Director - Claire Critcher - knows a thing or two about pitching. She has come up with the... 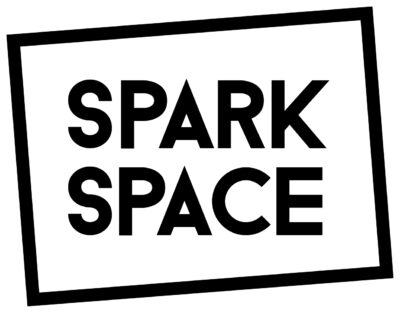 Digital agency or film production studio? Creative freelancer? Looking for an office? You’ve come to the right space.   SparkSpace is a unique...