Creative in the community 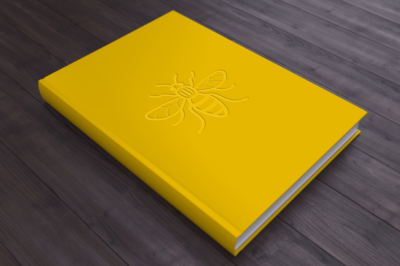 As the creative industries continue to grow and take hold of the UK as one of the brightest sectors, you start to see how it is not only good for the economy but good for the community.

Politically it has been linked to ‘the priority of greater social cohesion’, but in normal terms means it has become something that is to be celebrated and is at the heart of bringing communities together to share opinion, appreciation and raise awareness. I’d like to showcase three great examples of this, right in the heart of our city.

The most recent being the creative collaboration across Manchester (driven by James Torry at Doodledo Motion) where Longfella Poet (Tony Walsh) and over 60 artists – illustrators, designers and photographers – have come together to produce a creative interpretation of his ode to Manchester, This is the Place in the wake of the Manchester Arena bombing. The sheer scale of the talent coming together and the potential money that will be raised for all associated charities is commendable and something the whole team at Spark was proud to be a part of.

You can pre-order the book from Amazon (link below) before it’s official release on 22 September.

The second example is Cities of Hope which took place in Manchester in 2016 but has left a permanent mark ever since. The driving force behind this graffiti-based campaign was using street art to inspire action on the social issues that continue to sweep our city. This initiative opened a whole community’s eyes and encouraged people to take their own interpretation on the nine acclaimed artist’s depictions of causes such as disability, homelessness, gay rights and immigration. At a time when issues of this nature are being so widely addressed, it makes me proud to see Manchester using our city as a canvas for change.

The third is an annual campaign delivered by our wonderful team at Spark called Little Print Shop of Horrors. Five years ago we set out to raise £10,000 for Forever Manchester and it was a real milestone when we achieved it. It all started out as a reason to get the team (client services, creative, digital and admin) together in the agency and collaborate on something that could raise money for charity. It has since grown into an annual Halloween-themed campaign that brings some of the best illustration and design talent together from across the UK to create their own weird and whacky interpretations of horror movie posters. Each and every year we get inundated with requests for old best sellers or previews of what’s to come from both media and fans, and we couldn’t be prouder!

We are currently cooking up this year’s campaign with the brief being issued to our chosen creatives in the next couple of weeks, so watch this space! You can follow our updates here on our blog, and across all our social channels – @creativesparknq (Twitter/Instagram) and @wearecreativespark (Facebook).

Music Map is launched and we were on the telly!

After six long months the Salford Music Map was finally launched! In celebration of Salford's musical heritage, we were commissioned by Salford City...

Our next Creative Insight comes from the creative genius that is Jodie Rudge. His idea has been inspired by Pinocchio's wish to become...

Creative Spark took home the Tasty Website award at last Thursday’s Big Chip Awards bash at the Midland Hotel for our work with...