Having dominated our TV screens for the past few years, Peter Kay is now set to take over our computer screens too, because we have just launched www.peterkay.co.uk.

Andy (Head of Design) explains;  “We have totally revamped Kay’s online presence over the course of the past two months to give it greater depth, interest and to reflect the comedian’s unique northern humour and personality.”

“We’ve kept the shop element,” he said of the former incarnation, “but we’ve added features such as news updates, tour information, freebies and of course the ‘nowt’ tab. It was developed very closely with Peter himself, who wanted it to be very traditional and British in its character” – a quirk that can be seen in the background photography for the site, which was shot in Bolton specially by lens man Matt Squire.

Video clips are being added soon in the freebies section, and subscribers can hear Kay reading from his new book and find out about tours and other events prior to their official release.

O I Do Like To Be Beside The Seaside!

I went back a few years at the weekend with a trip to Blackpool. Here are a few photos I took which i...

We’re rebuilding Spark Towers, from the ground up! Well, not really, since we live on the first floor, and we don’t think our... 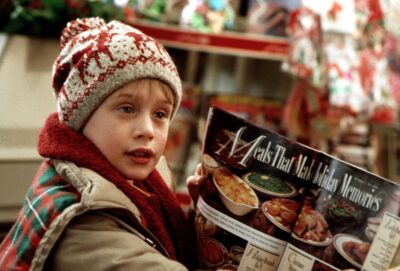 ‘Twas the night before...