Last Tuesday, our MUPC account handlers, Owen and Liz, got in on the action at the AON Training Complex in Carrington to have a gander at the Manchester United Premier Cup opening ceremony.

We’ve worked closely with MUPC this year to create a new look and feel for the 2014 campaign. This included a glamorous new makeover for their old website, desktop and mobile, a tournament programme and signage across the Carrington pitches and Armitage Centre. (Phew – not much then!)

The U15 tournament originally started back in 1994, and currently, 8,000 teams from 43 countries took part in the competition (crikey!) Only the final 20 have made it through to the finals.

During the opening ceremony, all 20 teams were greeted and welcomed to the world finals. A few inspirational talks were given by Rafael da Silva, who played for Fluminense at the MUPC World Finals in Hong Kong. He was accompanied by Phil Neville! A draw also took place, to reveal which teams were playing each other.

It was a fantastic atmosphere, and it was brilliant to see all the hard work pay off through a fun and eventful evening. Well done guys!

Finals take place on Saturday the 9th, at the Old Trafford. Exciting, eh? 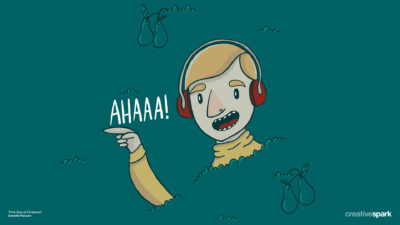 Not quite the 12 days of Christmas...

Joy! Mirth! Festive cheer! It can only mean one thing: it’s chriiiiiiiiiiiiiiiiiistmas! Except... It’s not. It’s December 1st. Jangly Christmas tunes may fill...

We completed our first challenge, the Bupa 10K, then it was off to the pub for our second.... For the second part of...

Anya Chambers recently completed a work placement here at Spark Towers and whilst she was here, we asked her to work on an...