The traditional 140 characters that Twitter became so famous for in 2006 has been more than simply ‘what you’re doing’ for quite some time now. Twitter is rife with images, gifs, vines and instagrams; it is no longer ubiquitous only with the art of words but also the art of imagery and now that has been taken one step further with the new video feature. The video feature allows users to edit and share videos of up to 30 seconds in an instant. iPhone users can now upload videos from their camera roll as well. Don’t worry Android users…it will be coming to the Android app soon.

It came as no surprise to the online community that Twitter launched the new feature since video has become a defining factor of so many social media platforms now. Facebook newsfeeds around the world are overflowing with videos, with more than one billion videos being watched on the social network every day. Instagram gave their users the option to bring their images to life a couple years back and 300 hours of video are uploaded to Youtube every minute…yes that’s right, every minute!

In typical Twitter fashion, you only have 30 seconds to shoot your memorable moment on the video feature. But thanks to the genius work of Paul Stamatiou (the man in charge of the ‘twitvid’ project) the feature is user friendly and it’s easy to edit your video straight from the comfort of your trusty smartphone.

The video feature was released just after the launch of Twitter’s live streaming video app Periscope. Periscope lets you ‘explore the world through the eyes of somebody else,’ and their inspiration behind the app was to build the closest thing to teleportation…now that’s a Spark and a half. The feature has catapulted the nature of video right into the present tense. It’s no longer a case of what you did a couple of hours ago but what you’re doing RIGHT NOW.

What in the world will be next? Actual teleportation?

Creative Spark is crossing the Atlantic and we need an amazing administrative intern to help us launch into the US market. You won’t...

The ever-wonderful Smashing Magazine have posted up 35 stunning high-speed photographs in their usual "N examples of X" style. Some of them are... 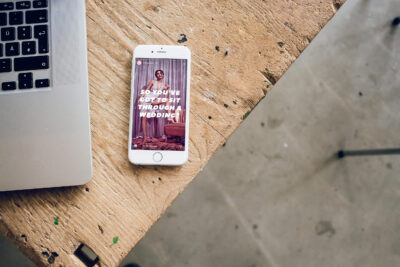 The Insta-Grab Effect: You have exactly 10-15 seconds to make an impact.

As someone who uses Instagram pretty much every day, I've seen a massive increase in brands turning to Instagram "Stories" to boost engagement...