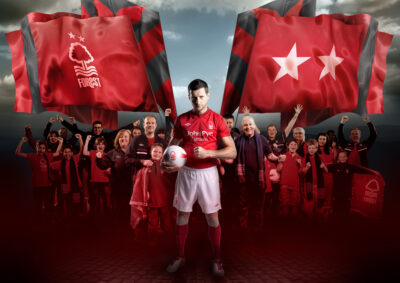 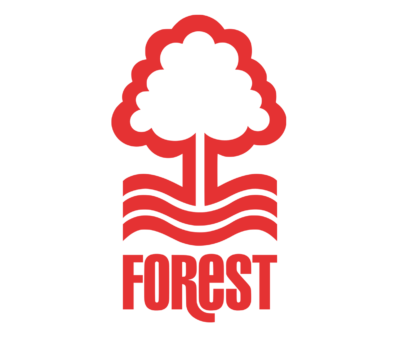 Kitbag approached us to design a campaign for the new 2012/13 Nottingham Forest FC home kit launch. We had to promote the new colours of the kit and focus on the fans rather than the players. This was because the club was in the process of being sold and the club didn't know which players would be there next season. 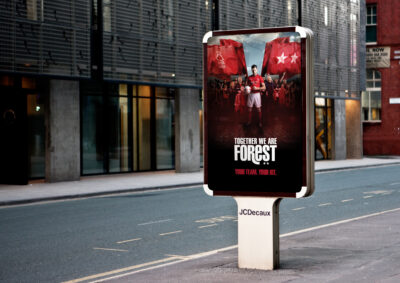 The bespoke campaign imagery we created was used across all marketing channels, and featured in a wide range of publications. We also created the concept and design for the direct marketing for this kit launch which was distributed to approximately 40,000 customers and fans. 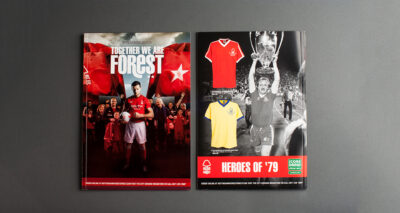 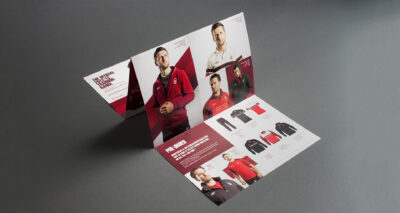 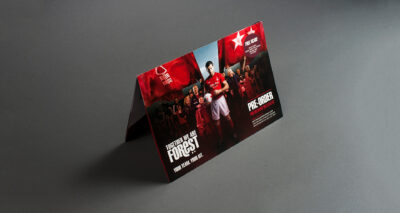